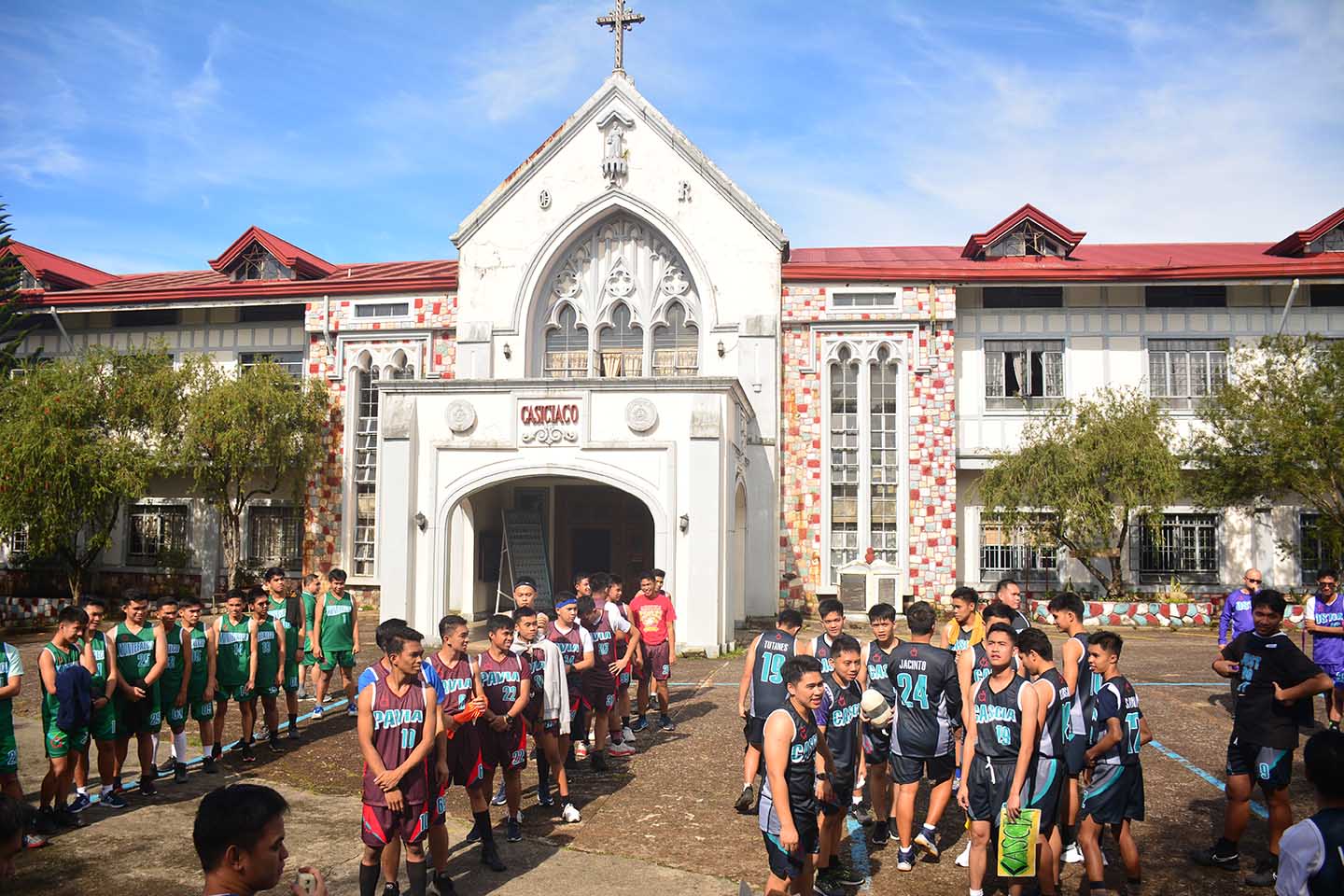 “A Display of God Centeredness and Self-Discipline towards a Holistic Community,” is this year’s Intramurals’ Theme.

The seminarians are divided into five teams with two religious formators accompanying each team. This year’s teams are as follows: Montefalco, Tolentino, Ostia, Cascia, and Pavia, the Italian places where some Augustinian Saints are associated with.

The day started with the traditional Intramurals Parade around the seminary grounds led by Mr. Intramurals 2020 Bro. Danielle Nadal.

During the program at the Recoletos Gym, each team participated in the Cheer Dance Competition graced by the Library Personnel, Ms. Rose Ann Gados, School Librarian; Ms. Regine Llamera, Library Clerk; and the Seminary Nurse, Ms. Dorothy Joy Panelo RN, who were also the judges of the competition.

No other guests were around due to health protocol restrictions.

After the program, the seminarians played in the exhibition games of Basketball Seniors and Juniors, Volleyball, and Football facilitated by the sports committee headed by Bro. Justine Luis Zafra.

Present in the program is the Seminary Rector and Prior of the community who gave the opening remarks.

Fr. Amparado stressed that the relevance of sports to seminary formation is more than just the physical health for it is an avenue for one to practice the values of fraternal charity and humility.

“In sports there are no losers. In every game, it is either you win or you learn,” he added.

After his message, Fr. Amparado officially opened the Intramurals 2020. The almost three-month long Intramurals will end on December 5, 2020, in consonance with the Founding Anniversary of the Order of the Augustinian Recollects.