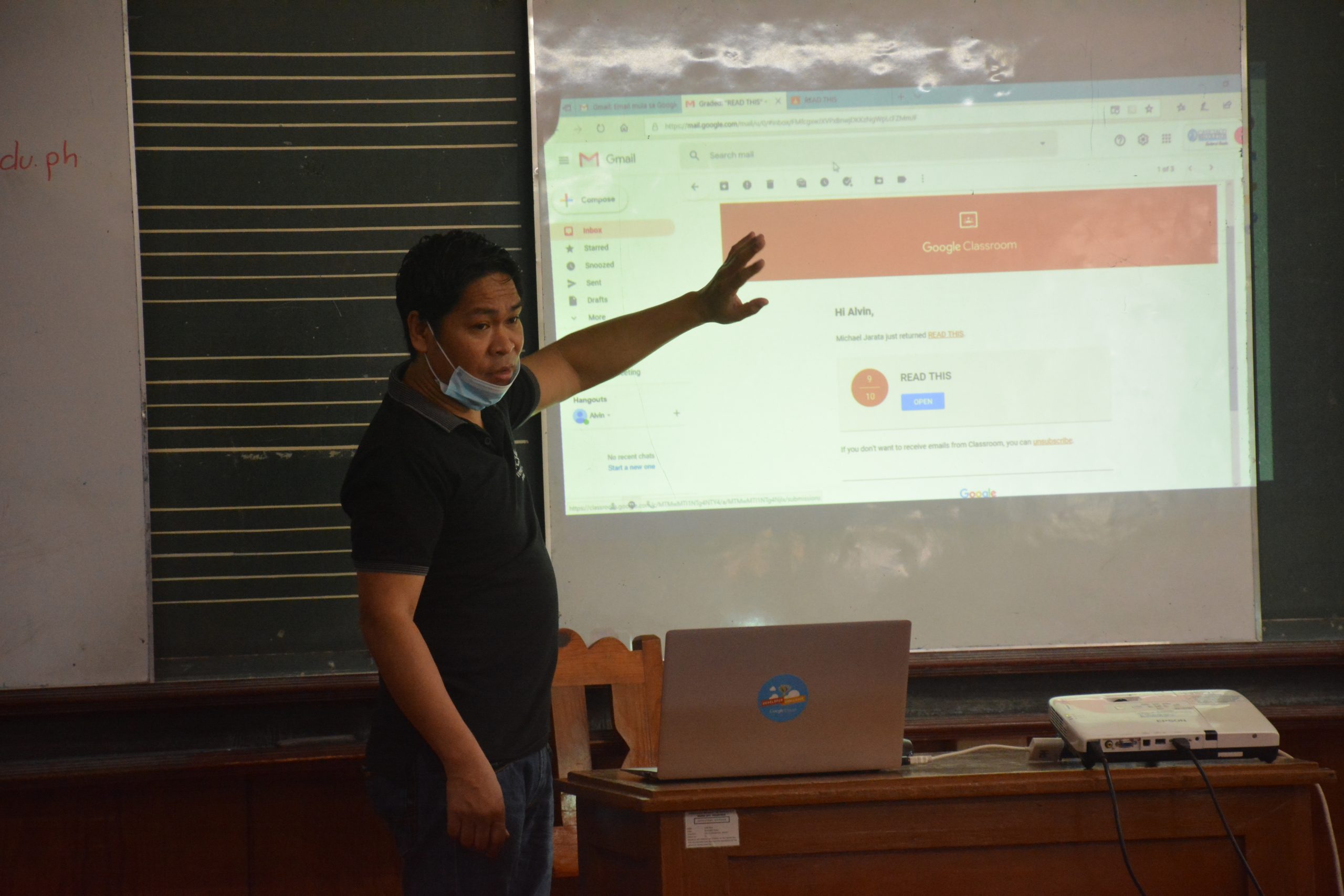 BAGUIO CITY ­– Casiciaco Recoletos Seminary opens Academic Year 2020-2021 with an orientation on the use of the Learning Management System (LMS) of CaReS and on Distance Learning and Learning Packets last August 24, at the seminary Social Hall.

On the first hour of the schedule, Mr. Michael V. Jarata, MAEd, facilitated the orientation on the use of CaReS’ LMS with Google which started at around 8:00 in the morning.

During the activity, chosen seminarians accessed their school accounts and participated in the simulated online class conducted by Mr. Jarata.

“With this new kind of set-up anything could go wrong,” said Br. John Phillippe Sosongco, one of the participants in the online class during the orientation.

“I am grateful that there is an orientation before the actual classes because we are able to answer our questions and remove our prejudices and biases regarding online classes,” he added.

On the second hour of the schedule, Mr. Joselito C. Gutierrez, PhD, facilitated the orientation on Distance Learning and the Learning Packets through an online video conference whilst the formands were given the learning packets as reference.

The orientation was attended by a total of 74 seminarians, 19 of which attended through online video conference while in quarantine.

Regular schedule of classes followed after the orientation.