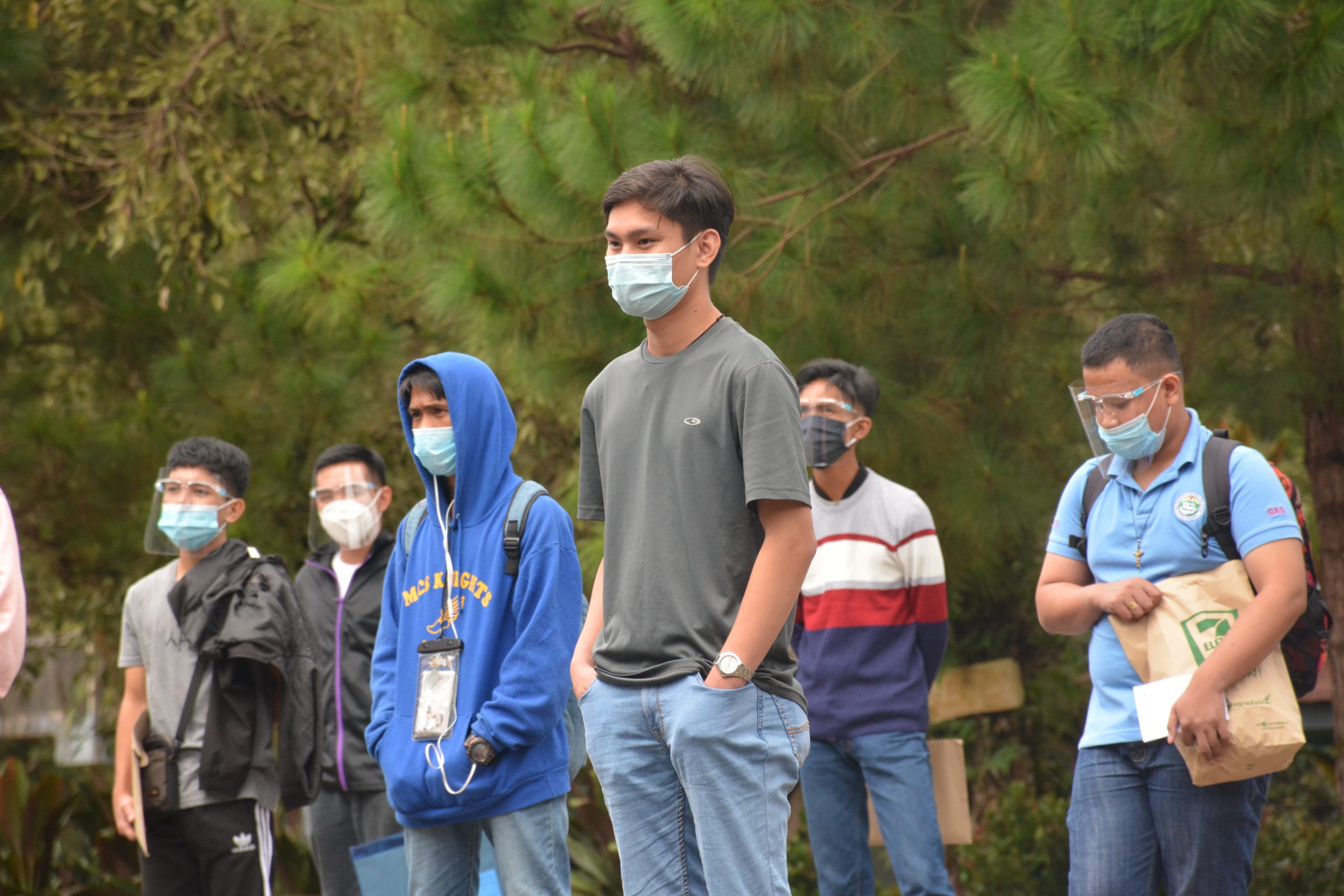 The 14 neophytes arrived at the seminary grounds at around 2:00 p.m. aboard the bus chartered by the seminary.

Upon arriving, the newcomers were welcomed by the seminarians as they presented a song and dance number at a safe distance featuring two animation songs: Greatest Dream and Magpapari na.

After the ceremonial fraternal welcome, the neophytes underwent disinfection and interview before their admission to the quarantine facility.

Like the returning seminarians, the neophytes will undergo the 14-day quarantine period mandated by the city government of Baguio.

New Challenge for Everyone

Earlier that day, the neophytes gathered at the Recollect administered St. Nicholas of Tolentino Parish at Quezon City before taking the six-hour ride to Baguio.

“This is a first for everyone,” said Fr. Alan Jacinto, OAR, the National Vocation Director of the Order of Augustinian Recollects who arrived at the seminary the following day, when asked on the vocation promotion amidst the pandemic.

“On the first months of the year, the vocation campaign in schools were already limited. I was not allowed to meet large audiences since the threat of the virus started to loom. So I decided to administer the exams online,” Fr. Jacinto said.

“Yet, nothing could compare to the experience of conducting interviews face-to-face than just doing it online, since there are places that cannot be reached by the internet.”

Casiciaco Recoletos Seminary has a total of 74 formands as the 14 new seminarians join the 59 returning seminarians and one adult vocation aspirant from Vietnam.