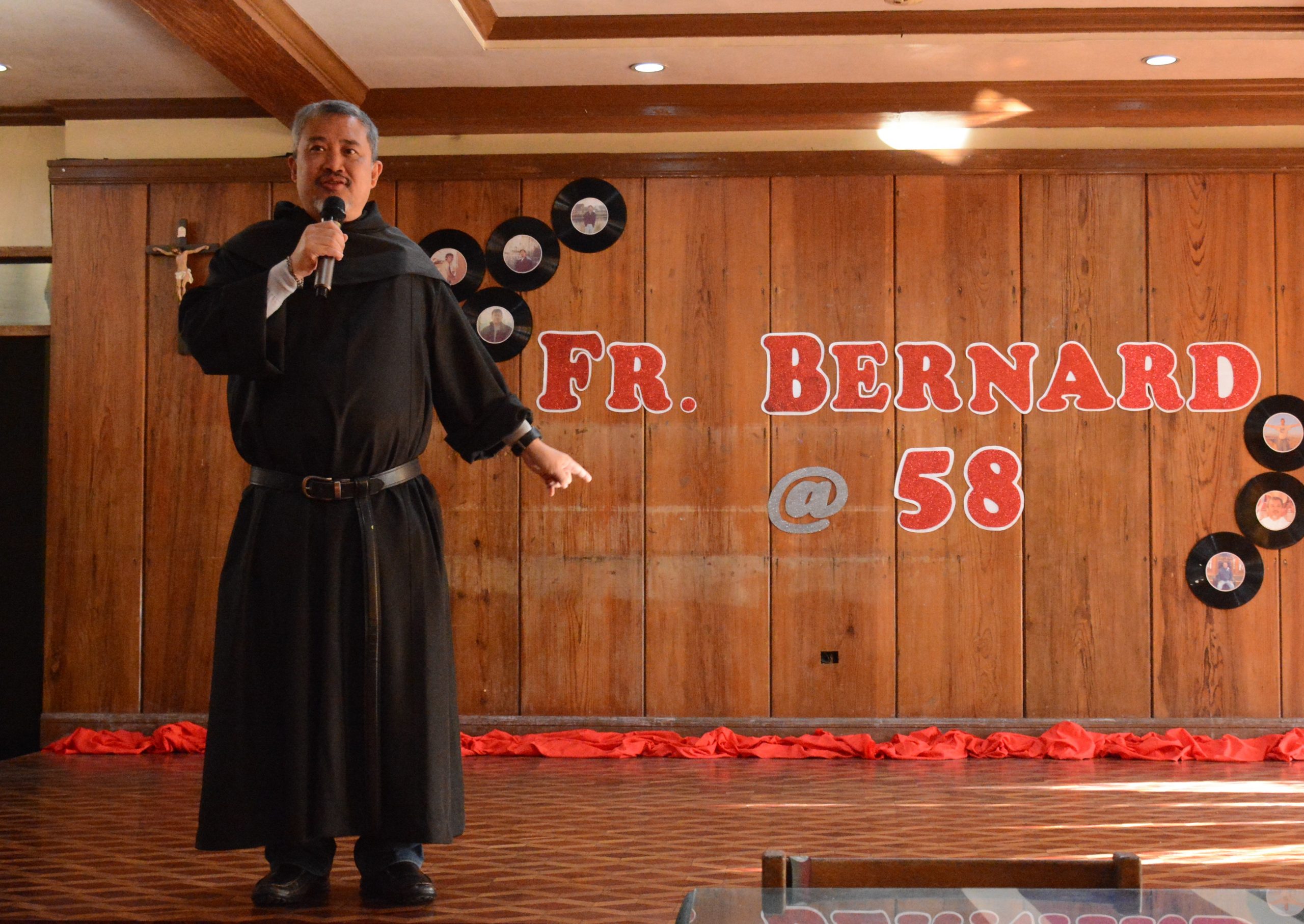 Baguio City — Last February 4, 2020 was a red-letter day for Casiciaco Recoletos Seminary in this city as the Rector celebrates his 58th birthday.

But before the festivity for the annual Rector’s Day even started, however, the celebrant gave a somber reflection of what it means to grow in age and wisdom in this life.

“We try hard to control life, thinking we can handle it,” Fr. Bernard C. Amparado, OAR, said in his homily in the 6:15 AM Mass. “But sooner or later, we realize that whatever power we wield, in the face of sickness, aging, and death, we are actually helpless.”

Fr. Amparado had been relating the stories of the rich and the famous in the West who utilized all the resources at their disposal in order to achieve an idealized version of themselves, and yet all were in vain when they had to grapple with the “last things in life”.

“When we are confronted with the last things in life — sickness, aging, and death — we realize our own limitations,” he said. “In the face of these, nobody can be so proud and arrogant.”

Reflecting on the Gospel reading where Jesus raised back to life Jairus’ daughter (Mark 5:21-43), he said it was Jairus’ humility in asking Jesus — whom he must have considered a “dangerous heretic” — which was the first step in the great miracle.

“For every problem or illness that we have, humility is the first step towards healing, because through it, we recognize our limitations and the acceptance that healing is beyond our power for it comes from God alone.”

He added that human efforts are only in vain if “our life is summed up towards auto-sufficiency and total trust in oneself.”

“The best things in the world are not fruits of our labor, but those that come from God’s graciousness,” he added. “We receive them not because we are deserving of them, but we receive them gratis et amore Dei (by the grace and love of God).”

Fr. Amparado began his day at 5 AM when he was serenaded by the seminarians in a mañanita amidst the chilling, early morning Baguio temperature.

After the 6:15 AM Mass, a breakfast agape was shared by the community with the faithful massgoers at the refectory, where a short program was held.

At 9 AM commenced the annual community hiking to the hot springs of Tuba, Benguet which the seminarians reached a little after 12 noon. After the Midday Prayer, the community of formators, seminary personnel, and formands shared a simple yet delicious lunch which featured grilled pork and fish (tuna panga and tilapia), sea grapes (lato), pansit, and shabu-shabu soup.

Everybody then enjoyed a dip at the pool, where the seminarians played games and bonded over a couple bottles of beer.

“It feels good to be loved, to be honored, to be respected, to be accepted as father of a community,” Fr. Amparado said. “This simple celebration is my way of reciprocating your love and respect to me.”