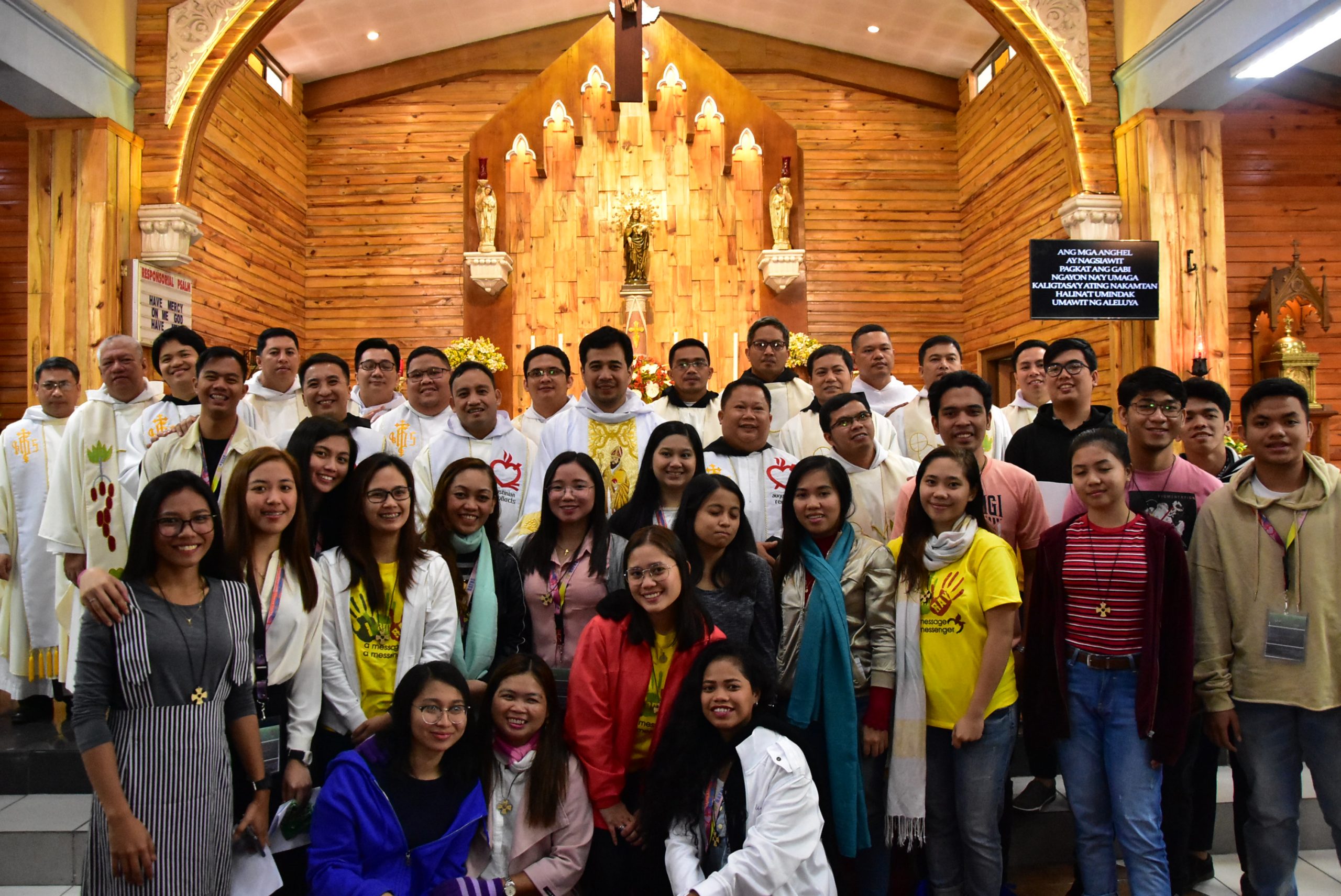 Baguio City — After five days of intense immersion into the Augustinian Recollect way of life, the Raysters were sent off with the exhortation to share what they had experienced with their communities.

“As we go home, what do we bring but Jesus. Let us listen to Jesus and be good examples to other youths in our communities,” Fr. Joseph Dexter Palagtiosa, OAR said in his homily.

The holy mass served as the culminating activity of the 13th Recollect Augustinian Youth National Summit (RAYNS) held in this city’s Casiciaco Recoletos Seminary from January 20 to 24, 2020.

Fr. Palagtiosa, the head of the Section on Youth Ministry, reminded the delegates to be always discerning. “There are many voices out there inviting us to follow them,” he said. “It’s easy to get confused. But whose voice do we listen to, which of them knows what’s good for us if not Jesus?”

He also thanked all the delegates and their religious and lay chaperones who took the time out from their hectic schedule, climbed to Baguio, and actively participated in the weeklong summit.

The 13th RAY National Summit will go down in history as the first summit that saw the election of the first set of national officers held on January 23.

During the mass, Fr. Palagtiosa swore into office the maiden set of national officers of the RAY, headed by the president, Roceline Bernal of San Sebastian College-Recoletos de Cavite Council.

Fr. Palagtiosa said the RAY National Summit has come of age to the point where they would have to register with the CBCP’s Episcopal Commission on Youth for ecclesiastical recognition. There is also Province-wide mandate to have full-fledged members of the RAY in order to complement the Order’s Juventudes Agustino Recoletas (JAR) in Spanish-speaking countries.

He told the delegates that though the summit must come to a close, but the work is just beginning.

“Bigger responsibilities lie ahead, so we have a lot of work to do,” he said.

Bernal said she is both honored and humbled to be given the chance to serve the RAY in the national scale. A college student taking up a medical program, she said she was first hesitant to accept the election because of her already demanding schedule. But banking on the support and confidence of the RAY, she said she is entrusting everything to God.

“I am still overwhelmed and clueless as to what’s next, but I know that God has already planned everything for us,” she said. “As long as my fellow officers would help one another out, we would be able to surpass challenges along the way. I believe that we are not placed in the position just for its distinction, but rather because they see in us adequate capabilities to steer the RAY forward.”

Featured image caption: The first set of national officers of RAY, led by the president Roceline Bernal (standing, sixth from left), poses for a photo opportunity with the Recollect religious after having been sworn into office.