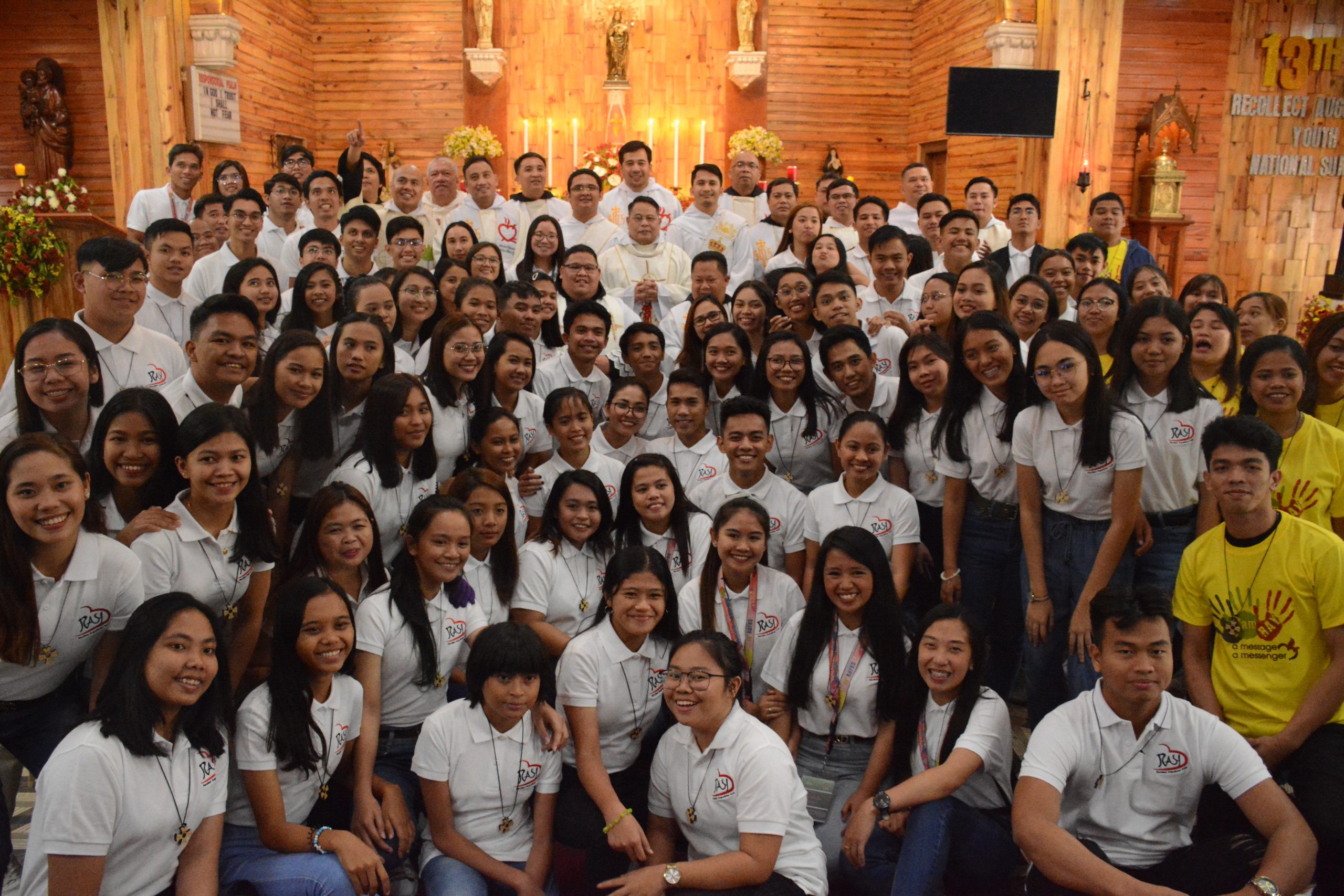 Baguio City — New members were added to the growing family of the Order of Augustinian Recollects (OAR) in the Province of St. Ezekiel Moreno.

The Prior of the Province, Rev. Fr. Dionisio Q. Selma, OAR, formally accepted ninety-three (93) young people during their solemn installation as full-fledged members of the Recollect Augustinian Youth last January 23, 2020.

“It is not the Order that you follow,” Fr. Selma told the RAY in his homily. “Jesus is whom you follow, so don’t be afraid. He calls you here; he will guide you with his grace.”

The RAY is considered the “fourth member of the Order,” said Fr. Joseph Dexter Palagtiosa, OAR, head of the Section on Youth Ministry; the other three being the OAR priests and religious, OAR contemplative nuns in Bacolod, and the Secular Augustinian Recollect Fraternity (SARF).

The solemn installation of full-fledged members of RAY was one of the highlights of the 13th Recollect Augustinian Youth National Summit (RAYNS) held at Casiciaco Recoletos Seminary in this city from January 20 to 24, 2020.

The national youth summit was attended by 159 delegates coming from at least twenty Recollect communities from all over the country. Of the figure, sixty-six (66) were observers while the ninety-three (93) were the ones who successfully completed their long formation classes which were a requirement prior to their admission into the RAY.

“The grace of God called you to be a Youth for Christ in the Augustinian Recollect way of life,” Fr. Selma said. “Your life should reflect that grace.”

During the ceremony, the Prior Provincial gave each full-fledged member a wooden RAY cross with the Latin inscription, “Cor unum in Deum”, which means “With one heart towards God.”

Fr. Palagtiosa said the RAY “aims to form the modern youth with the Augustinian Recollect spirituality” amidst the dynamism of the highly secularized world today.

“We are aware of the important role the young people play in the writing of our history as a people, and so we do our best in helping them,” Fr. Palagtiosa said. “The RAY as an organization will provide them with opportunities to grow into responsible and responsive citizens of the future.”

The 13th national gathering of RAY members had for its theme, “I am RAY: A Message and a Messenger”.