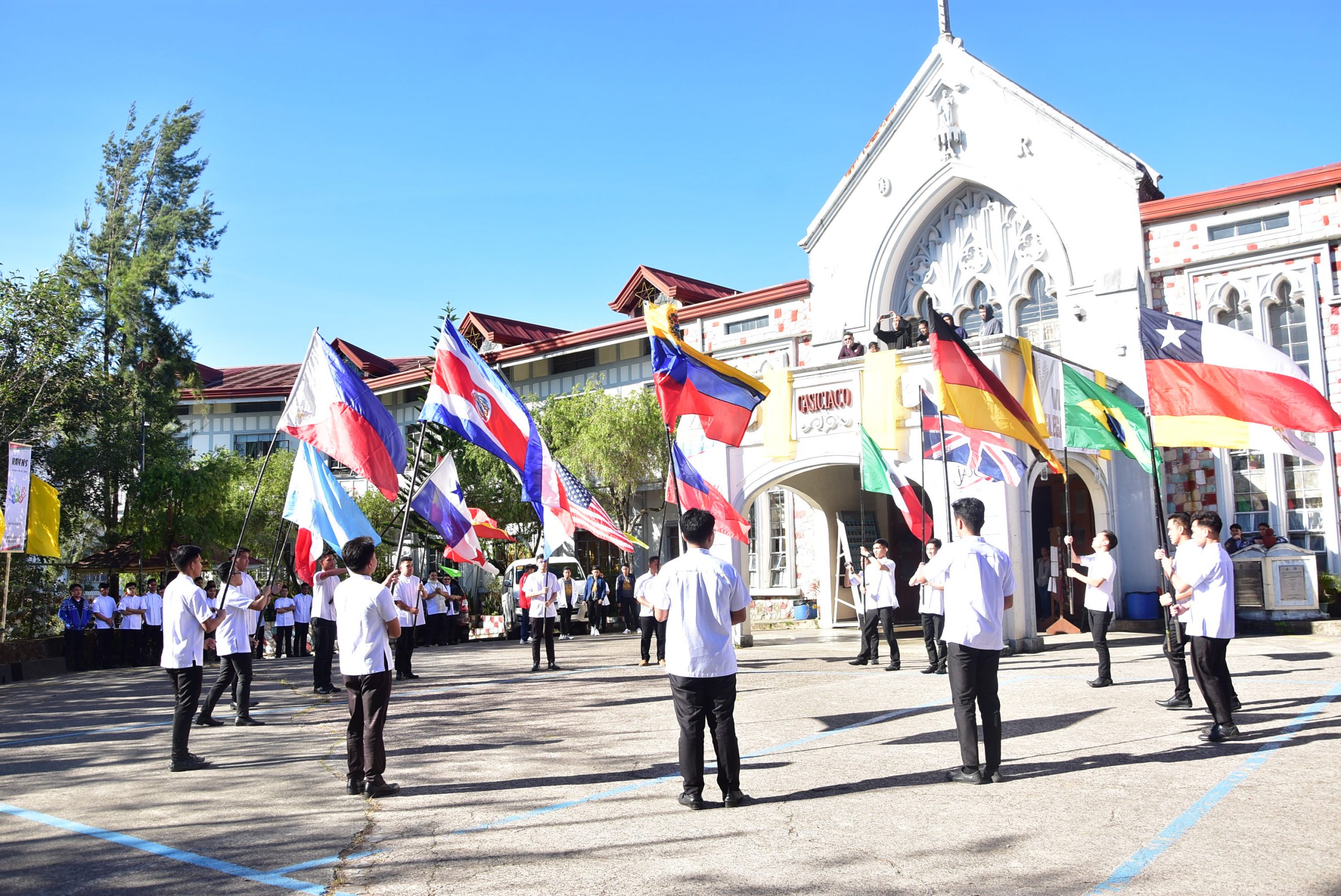 Baguio City — Maria Theresa Aranco had to leave Cebu City on January 19, 2020 — the one Sunday when the whole island was celebrating its world famous Sinulog festival in honor of the Sto. Niño — just to catch her 8 PM flight bound for Manila.

A staff of the Campus Ministry Office of the Cebu-based University of San Jose-Recoletos main campus, she was tasked to accompany two USJ-R delegates to the 13th Recollect Augustinian Youth National Summit (RAYNS) held in this city from January 20 to 24.

“We were not able to enjoy the Sinulog this year because we had to travel on the day itself. But it’s okay; joining the RAYNS is always a good and exciting experience for our delegates to get to know other Recollect Augustinian Youths (RAY) and to grow in their knowledge and love of the Order,” she said.

The USJ-R delegation formed part of the convention that saw 159 RAY members from 20 Recollect communities from all over the country converging in this city’s Casiciaco Recoletos Seminary (CaReS). The event, which is held once every two years, also welcomed 16 Recollect religious who came as chaperones.

“The Recollects, aware of the important role the young people play in the writing of our history as a people, do their best in helping them,” Fr. Joseph Dexter Palagtiosa, OAR, head of the Section on Youth Ministry, said in his welcome message.

He added that the summit is designed to “provide the youth with opportunities to grow into responsible and responsive citizens of the future.”

The 13th RAY national summit was somewhat different from the previous twelve, Fr. Palagtiosa said. It had a more serious tone all over it by doing away with the angel-and-soul buddy system between seminarians and delegates, group dynamics, and city tours, among others.

The schedule, moreover, highlighted a series of talks on issues that concern the youth such as the Church’s perspective on human sexuality, vocational discernment, responsible social media usage, and the Recollect Augustinian identity.

Fr. Palagtiosa said they deliberately designed the summit that way because of two reasons. First, active members would be installed in a solemn rite as full-fledged members of the RAY.

This is a big deal, Fr. Palagtiosa said, because “they will be considered as fourth members of the Order.” With their installation, the RAY will formally join the family of the Order of Augustinian Recollects which includes the religious (priests, brothers, and coristas), the OAR contemplative nuns in Bacolod City, and the Secular Augustinian Recollect Fraternity (SARF).

Second, this will be the first time that they will elect their national officers.

“RAY aims to form the modern youth with the Augustinian Recollect spirituality,” said Fr. Palagtiosa. “They may find themselves swimming against the tide of modern life, but with the guidance of the religious and the lay leaders and collaborators around them, they have all the means to become both the message and the messenger of God’s love.”

Slated from January 20 to 24, the summit had for its theme, “I am RAY: A Message and a Messenger”.

Featured image caption: Seminarians parade the flags of 22 countries where the Order maintains missionary presence during the welcome program of the 13th RAYNS.