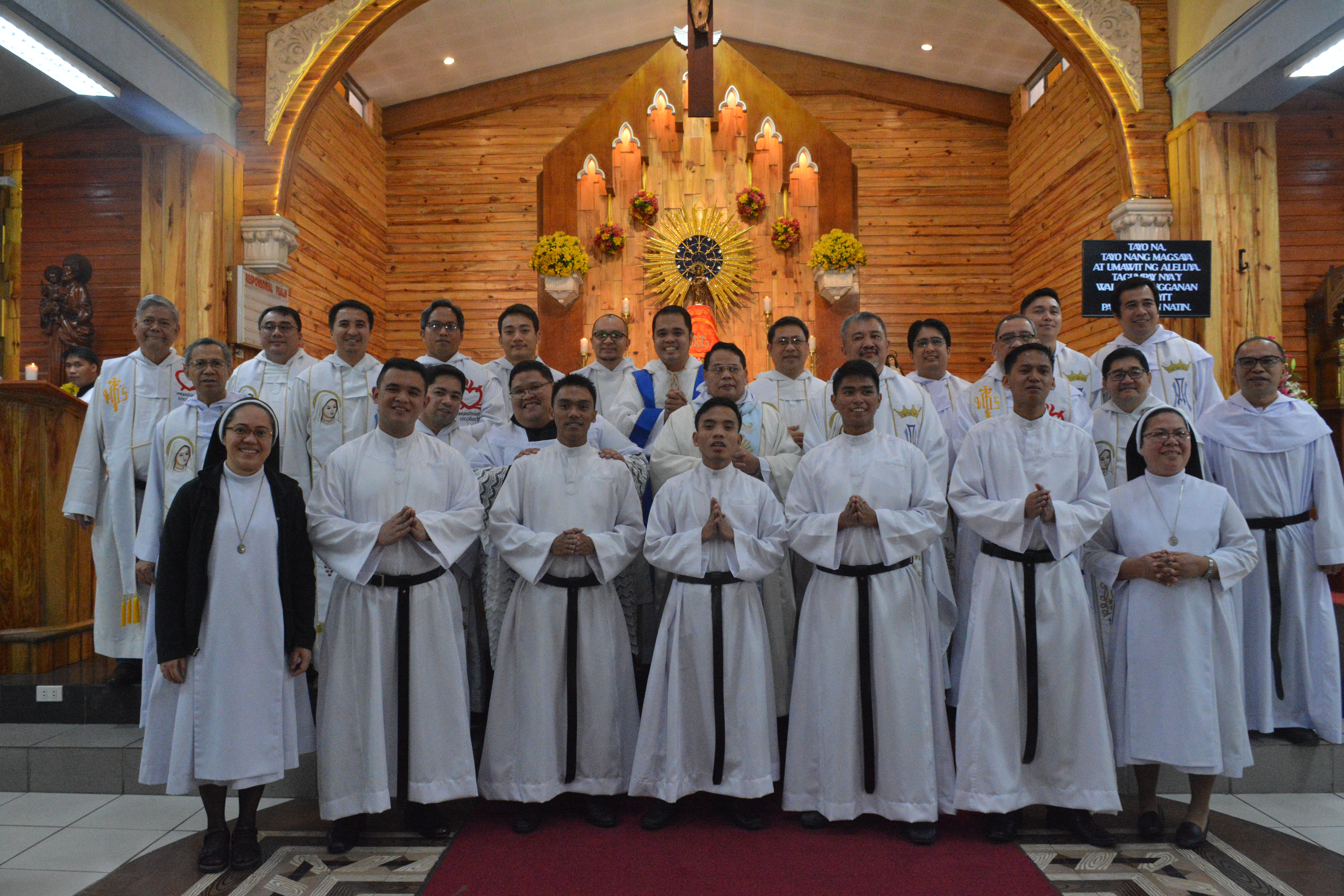 Baguio City — The religious habit is a sign of the transcendental and supernatural realities which the wearer gives witness to in this highly secularized world of today.

This was the content of the homily delivered by Rev. Fr. Dionisio Q. Selma, OAR during this year’s investiture of five formands of Casiciaco Recoletos Seminary on the feast of the seminary patroness, Nuestra Señora del Pilar, last October 12, 2019.

“The habit does not make the monk,” he said. “But it is an external reminder of one’s religious consecration to God.”

Fr. Selma, the Prior of the Province of St. Ezekiel Moreno of the Order of Augustinian Recollect, exhorted the investees to act appropriately for the habit now expressly identifies them with God.

“Before the eyes of God and man, behave properly,” he said. “People recognize that the wearer of the habit is a property of God.”

The Prior Provincial warned the investees not to use the habit in boosting their self-worth or in attracting undue attention to themselves. On the contrary, the religious habit should remind them of their identity and give witness to a life of poverty, chastity, and obedience which they desire to live out, he added.

The five newly invested seminarians belong to two batches. Three of them are third year college who comprise the Batch Cherubim. The other two, moreover, are from Batch Altruists who are currently in their second year in college. They are part of the first batch of Senior High School seminarians of Casiciaco who entered the seminary in 2016.

Seminary Rector Rev. Fr. Bernard C. Amparado, OAR thanked the parents of the investees present for their generosity in offering their sons to the service of the Church, an offering that is not without great and many sacrifices on their part.

The rector reminded the parents that there is still long a way to go for the seminarians of Casiciaco and so encouraged them to not waver in their commitment and support to their sons’ formation in the religious and priestly life.

He said formation milestones like the investiture are a “big deal” to the seminarians for they rejuvenate the fire of their vocation which could grow dim because of the many challenges in the seminary and the long years of formation.

Fr. Amparado likened seminary formation to the long and tedious process undertaken to produce good wine. The longer the wine undergoes the process, the smoother it becomes, he said.

“Everything that is worth doing well requires time,” Fr. Amparado said. “We are forming here not just any priests and religious, but priests and religious with a certain degree of holiness and wisdom as a response to the demands of the Holy Mother Church in this age of the new evangelization.”