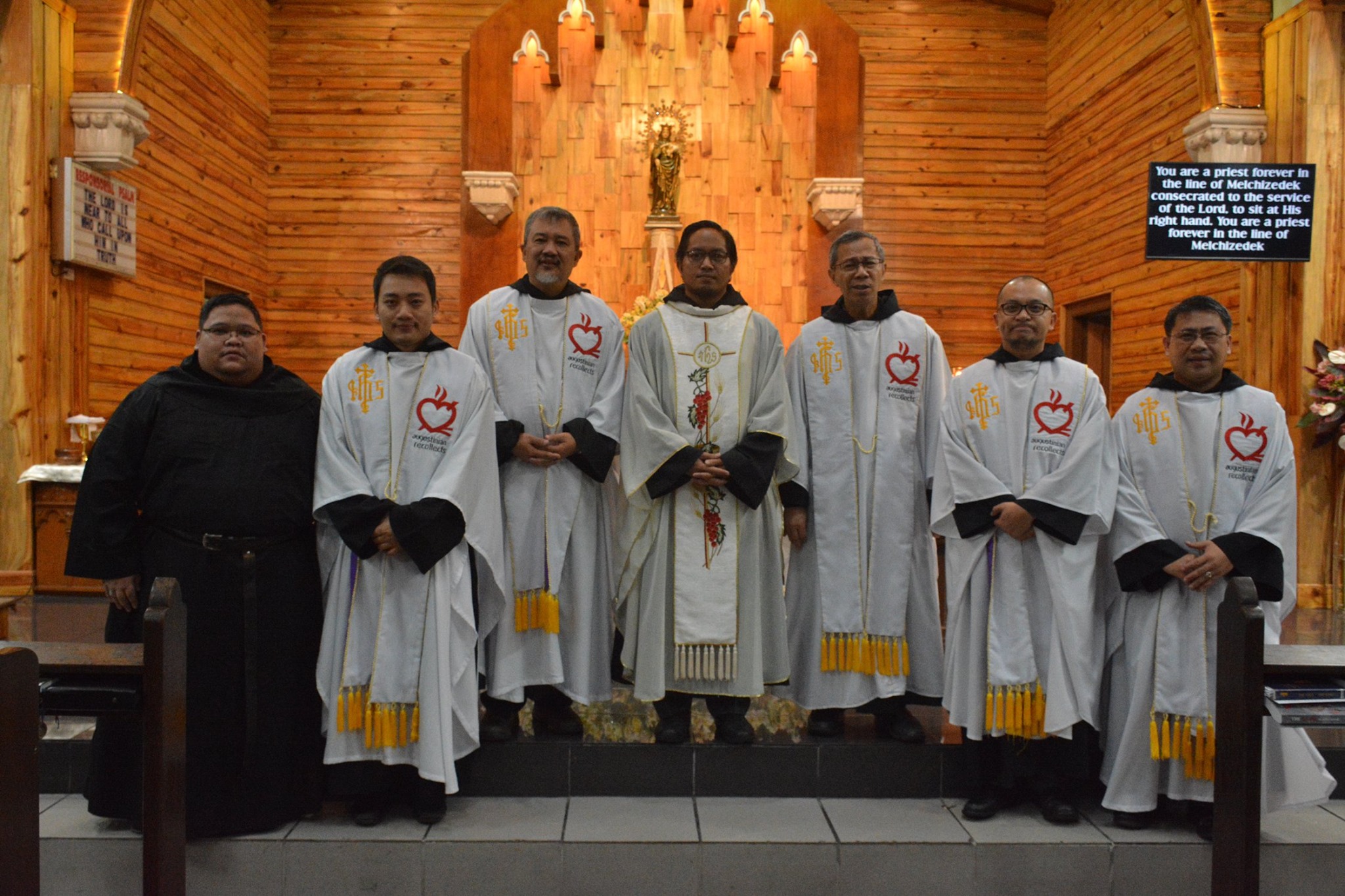 Baguio City — The Prefect of Discipline of Senior High School seminarians reached a milestone in his priestly life last August 27, 2019.

Fr. Bob Cabanag, OAR was joined by the Recoletos de Baguio community and his family members as he celebrated his 10th sacerdotal anniversary on the feast of Sta. Monica, the mother of St. Augustine.

“After all these years, I can say that priesthood has been largely what I expected it to be,” Fr. Cabanag said in his homily, adding that he expected it to be full of hardships and difficulties as it entails the total giving of the self to the service of God’s flock.

However, he quickly added that there are two things in priesthood that he really did not expect.

Reflecting on his journey thus far, he said there are many things that he feared because of his own weakness and limitations. Yet he said he was given ample grace to face such fears as if they never existed.

“For every difficulty, there was joy and satisfaction in the ministry,” he said.

He said he was looking forward to his ordinations as early as 5 years old, when he would kneel during consecration and dream of doing one day what the priest was doing in the mass.

He said the mass is what the priesthood is all about, and yet it is not about the priest but Christ who himself says the mass. Everything that he does as a priest, he added, is done by Christ himself who only uses him as instrument.

“Inasmuch as I am a priest, I must be Christ,” Fr. Cabanag said. “Inasmuch as we are Christians, we must be Christ,” he added, asking the congregation for prayers as he continues to strive to remain faithful to his vocation as a religious priest in the Augustinian Recollect Order.

Making the occasion more meaningful was the presence of Fr. Cabanag’s mother and 5 siblings who came all the way from Cebu to celebrate with him the gift of priestly vocation.

Above Photo Caption: Fr. Bob Cabanag, OAR with his brother Recollect priests after the mass.