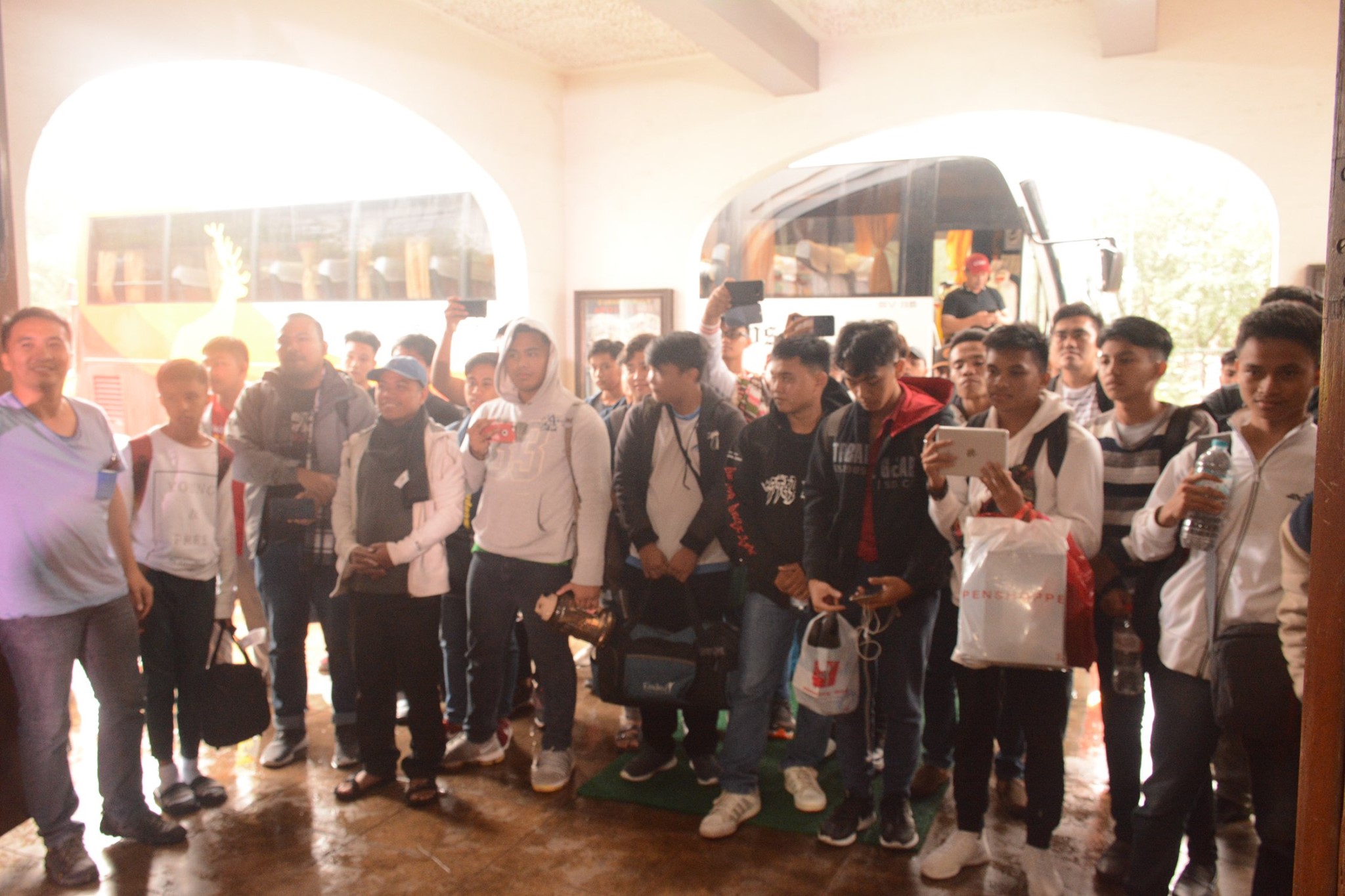 Baguio City — Thirty-eight (38) neophytes arrived at the Order’s Aspirancy and Postulancy house in this city to formally begin their seminary formation last August 3, 2019.

National Vocation Director Fr. Allan Jacinto, OAR said that of the 38, there are 17 who will be enrolled at the senior high school; 13 will be admitted to the first year college; and 8 are members of the Adult Vocation.

All in all, there are now 79 aspirants and postulants residing at the Order’s Casiciaco Recoletos Seminary, a decidedly drastic improvement from last year’s record of only 64 seminarians.

Fr. Anthony Irineo, OAR, seminary vice rector, said the good number of seminarians this formation year is a “blessing, a concrete answer to our prayers for more workers in the Lord’s vineyard.”

Fr. Irineo said the formators are elated upon hearing from Sr. Lucille Encabo, AR that of all the religious Orders and Congregations in the Philippines, the Recollects got the “highest number” of neophytes this year.

Sr. Encabo is the Representative for Religious Women, a national officer in the Catholic Bishops’ Conference of the Philippines–Directors of Vocations of the Philippines (CBCP–DVP) and has access to statistical data concerning the number of seminarians in different religious Orders and congregations in the country.

Working closely with the local vocation promoters of each Recollect community, Fr. Jacinto went all over the country in order to do vocation campaigns immediately after he received his patente in September last year.

Formerly assigned in the Panama missions, he travelled extensively with missionary zeal even in Mindanao, scouring the Land of Promise for vocations — from Davao to South Cotabato, Hinatuan, Butuan and Dapitan (formerly a Recollect mission site), among many others, an endeavor which yielded five (5) Mindanaoanons in this year’s neophytes.

(Sometimes I would do vocation campaigns in schools whose Grade 10 alone already has 20 sections. It is time consuming an d energy draining and it is just the Grade 10 of a single school!)

But he said he found joy in the task, especially that he was able to meet each family of the prospected applicants and was able to engage the communities in a dialogue, reminding them of their roles in raising and supporting religious and priestly vocations.

Fr. Irineo said the blessing of more youths responding to religious vocation is not without its corresponding responsibilities.

“The challenge is now with us formators to nurture and nourish such vocations,” he said. “We would not want this blessing from the Lord to go to waste.”