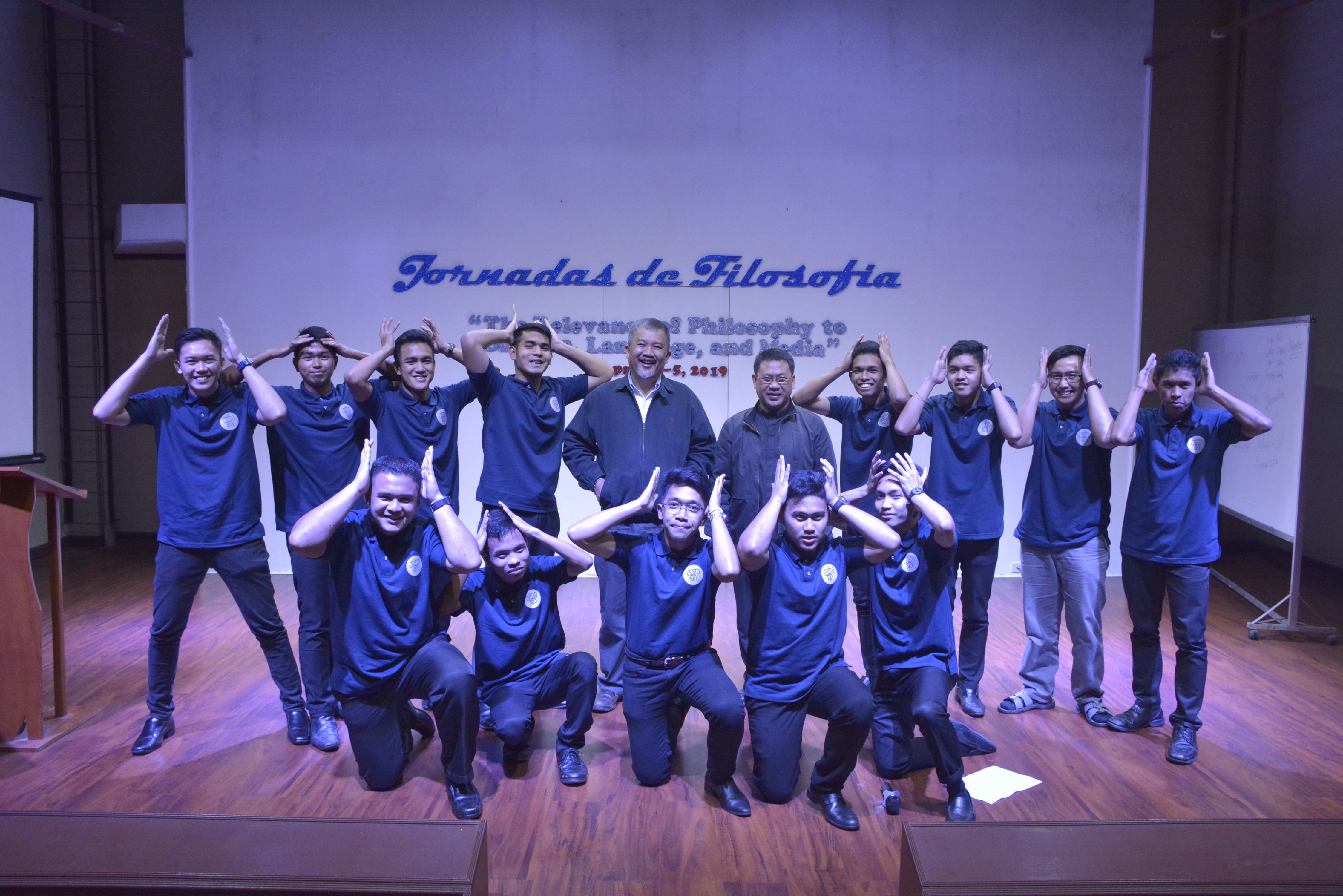 Jornadas de Filosofia may have been on its final day on April 5, 2019, but organizers literally saved the best for last as the set of activities suggested.

In the morning, classes were suspended to give way to the exciting Philosophical Quiz Bee and Debate held at the seminary’s mini-theater, starting at 8 AM. In the afternoon after the siesta, formators and seminarians listened to a lecture on Filipino philosophy delivered by a philosophy teacher of one of Ilocos Norte’s most prestigious schools.

The morning activities started with the highly engaging quiz bee. Each Fraternidad was represented by five members who battled it out in the Easy, Average, and Difficult rounds concerning stock knowledge on philosophical concepts from the Ancient down to the Contemporary Periods, covering logic, metaphysics, epistemology, ethics, philosophy of religion, and everything in between.

After the quiz bee, senior high school seminarians gave everybody a much-needed break as they presented cultural dances from Luzon, Sakuting and Pandango sa Ilaw, in the intermission number.

The debate, Oregon Oxford style, then followed. Members of the two debating teams this time were randomly picked from the four fraternities and were asked to resolve the proposition whether or not Filipino courses should be required in the tertiary level of education.

On the affirmative side were Brs. Emmanuel Palmin, Roque James Sabas, and Stephen Palicdon, who went up against members of the negative side composed of Brs. Kris Marjon Bajao, Jestoni Latagan, and Christian Peralta.

Winning the debate was the negative side, with Br. Latagan named as the Best Debater while Br. Bajao was named Best Interpellator.

The morning activities ended with another intermission number, this time cultural dances from the Visayas, namely, Sinulog and Pinta Flores.

In the afternoon, Mariano Marcos State University Philosophy Professor Rex-Belli L. Alejandro, an alumnus of Baguio’s college diocesan seminary, gave a lecture on whether or not the Filipinos have had their own Filipino philosophy.

After presenting a long list of related literature from Filipino scholars who had opposing takes on the topic, Prof. Alejandro concluded that Filipinos still do not have their own Filipino philosophy for in the end, Filipinos have not defined the goal of their philosophizing.

Br. Paolo Marco Renacia, a fourth year seminarian, said the talk was an eye opener for him for he was made to realize that the practice of Filipino philosophizing, especially in the academe, involves the application of Western concepts and frameworks to the Filipino context.

Br. Renacia further related that in doing his thesis, which he successfully defended just a few weeks back, he was basically using Western thought — Habermas’s discourse ethics — as a theoretical framework in settling Filipino labor disputes.

‘‘We are citation and annotation experts of other philosophers,” Br. Renacia said. “We should learn to make philosophical frameworks from our own context.’’

After the lecture, a third cultural number was presented by senior high school seminarians. The main performer was a princess dancing the Tinikling with a lover to the delight of everybody.

After that came the moment all had been waiting for the entire week: the announcement of individual category and overall winners.

Caption of Feature Image: The members of Fraternidad de Cristo Rey reign supreme as they are declared overall champions of Jornadas de Filosofia 2019. With them are Seminary Rector Fr. Bernard Ampardo, OAR (back row, fifth from left) and Dean of Studies and Senior High School Principal Fr. Anthony Irineo, OAR.