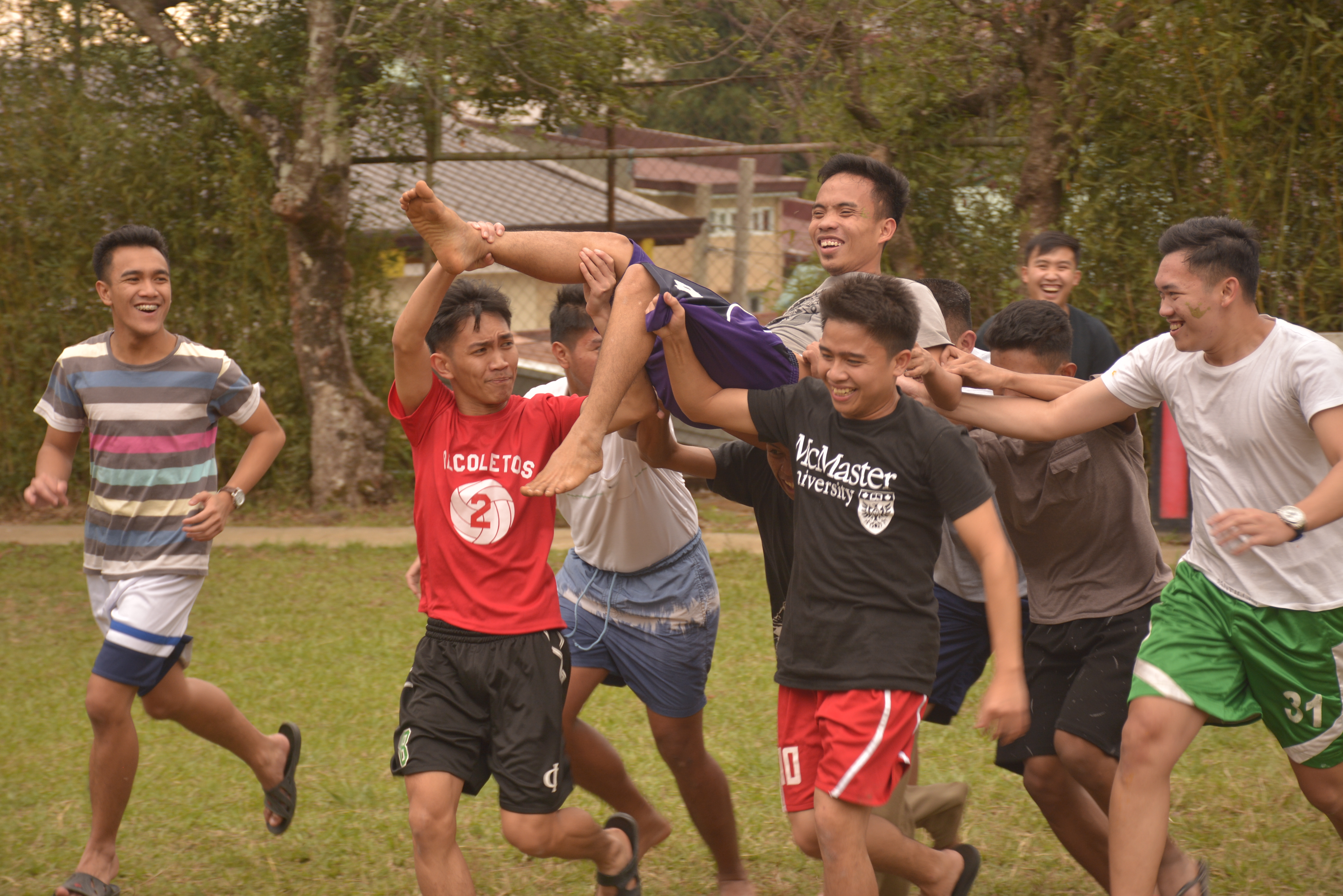 It may have been the fourth day already of the weeklong Jornadas de Filosofia, but seminarians still dialed their A-game as they battled it out in the highly anticipated Amazing Race last April 4, 2019.

The race, which had 5 stations spread across the spacious 8-hectare seminary grounds, tested the fraternities’ team coordination; wit; patience; physical skill and stamina; and stock philosophical knowledge as they accomplished tasks one after the other, ranging from folk games like kadang-kadang and sack race to basketball shootout and mind-boggling philosophical puzzle.

In the end, the announcement of winners was as thrilling as the race itself was nail-biting! La Fraternidad de Jesus Nazareno won the tightly contested race over La Fraternidad de Divina Misericordia, who actually finished all the tasks ahead of the Naza-runners.

La Fraternidad de Jesus Nazareno was consistently leading the race from the get-go. However, La Fraternidad de Divina Misericordia was just a step behind, working patiently on their pacing and waiting for that decisive moment to pound and wrestle the lead.

The two teams had been leading the race since the third station wherein they were tasked to shoot ten three-pointers in the open basketball court.

“The race was indeed amazing,” said Br. Joffry Casusa who was part of the winning Naza-runners fraternity. “We had fun the entire time. It was just a bonus that we win it.”