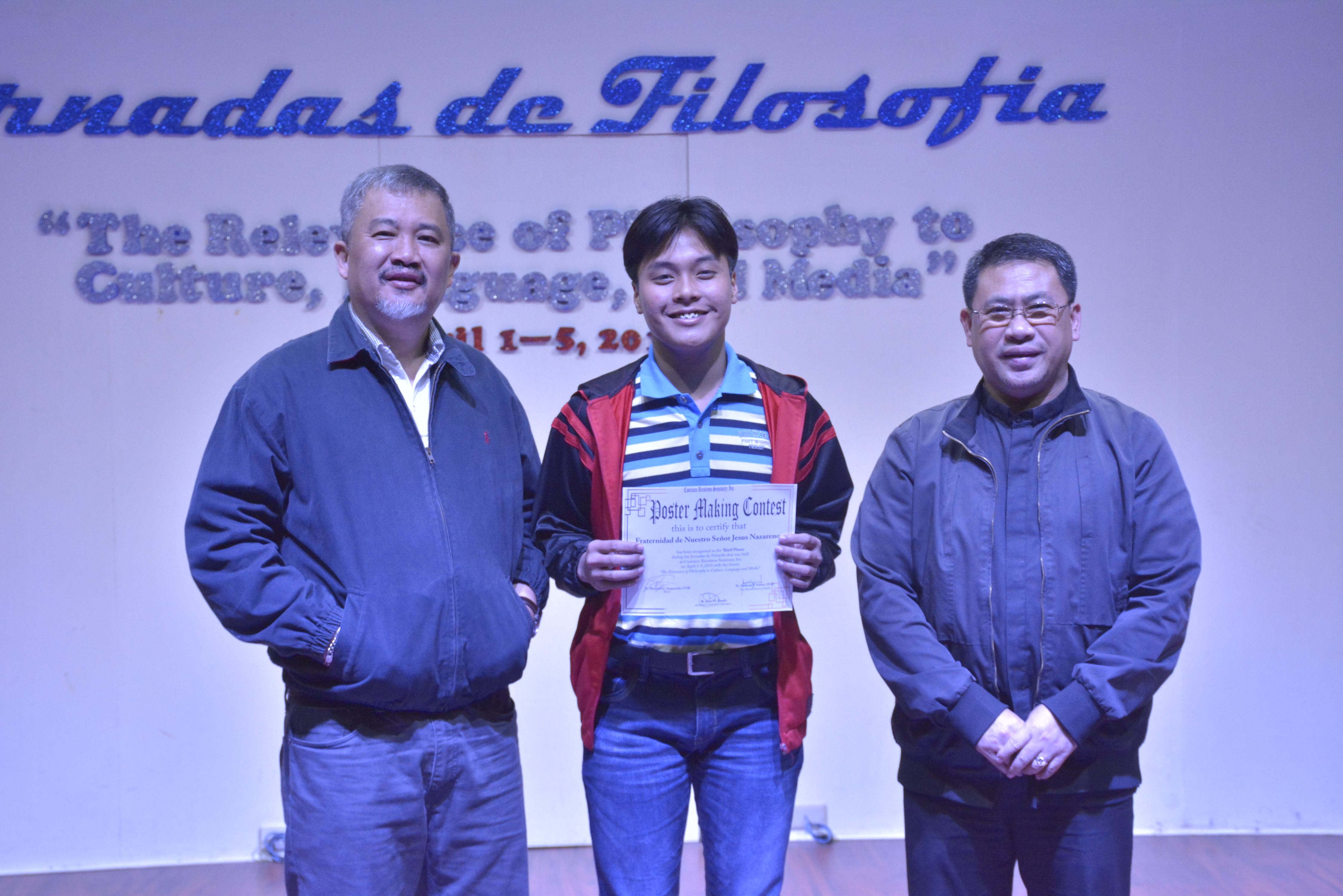 On the second day of the weeklong Jornadas de Filosofia, seminarians splashed some colors on the festivities as they interpreted the celebration’s theme in the Poster-Making Contest at the seminary’s Tomasino Hall last April 2, 2019.

“The goal is not really to compete with other teams but simply to apply what we’ve learned in our arts and philosophy courses,” said Academics Committee chairman Br. Juny Basalo.

Br. Basalo said the contest was not just a mere application of philosophical concepts in arts but also an expression of the seminarians’ thoughts on the things that are happening in the country today.

The poster designs were judged based on philosophical message (40%); unity and relation of concepts, symbols, and figures (20%); creativity (20%); artistic value (20%); and depiction of this year’s theme, which is “The Relevance of Philosophy to Language, Culture, and Media.”