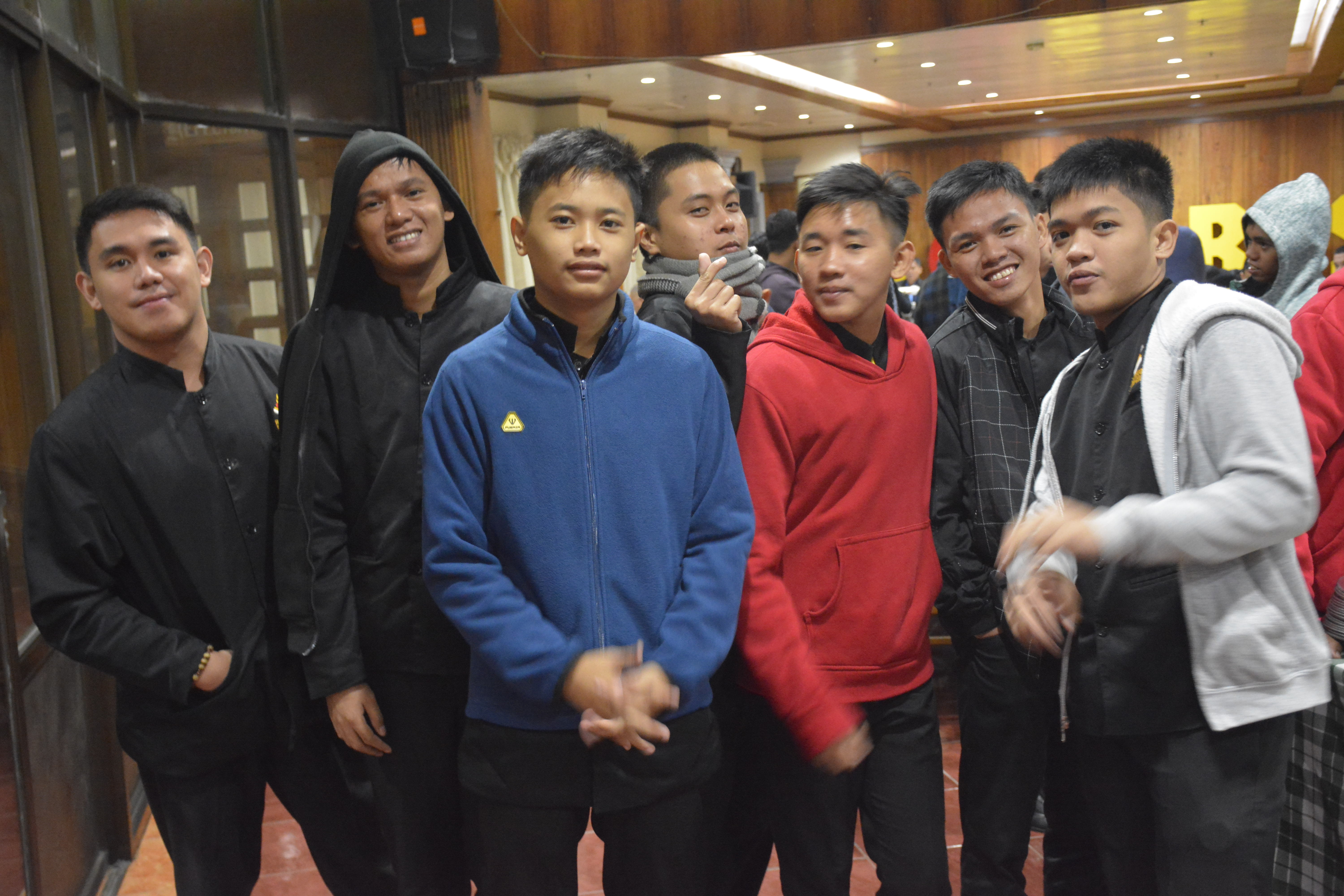 Baguio City — Last feast day of St. John Mary Vianney (August 4, 2018) was not only a red-letter day for priests but also for high school and college seminarians of the Order as well.

Aboard a bus replete with the logo and design of San Sebastian College-Recoletos Manila (SSCRM), twenty-three (23) neophyte seminarians arrived at the grounds of Casiciaco Recoletos Seminary at around 11 a.m. that day to begin their initial formation.

The neophytes were accompanied by the National Vocation Director, Fr. Gideon Antolin Lagrimas, OAR who gathered them the previous day at SSCRM before coming up to Baguio.

Upon alighting, the neophytes found that the main door of the seminary was tightly shut. Suddenly it was flung open, and on the parlor just outside the chapel, the oldphytes performed a song and dance number featuring two of their animation songs.

Senior High School Prefect of Discipline, Fr. Bob Cabanag, OAR greeted the neophytes with the song “Greatest Dream” which he himself popularized, and the seminarians’ theme song “Magpapari na”.

Then one by one, the neophytes were assigned an “angel” — an oldphyte seminarian who would help them adapt to the seminary life. They were to become “souls” who will have to learn as much as they can from their “angels.”

The oldphytes, who had reported to the seminary a week earlier, made the necessary preparations so that the new brothers would feel most welcome. They did a general cleaning of the seminary premises and the angels even prepared the individual rooms of their souls.

The arrival of the neophytes also coincided with the birthday celebration of the new seminary procurator, Fr. Eduardo Celiz, OAR, who turned 54 that day.

Fr. Celiz spent the last 9 years of his ministry at the University of Negros Occidental-Recoletos (UNO-R) in Bacolod City where he was school president in his last term.

“Ano pa bang hahanapin ko if I have all the people around me?” Fr. Celiz said in his birthday speech. “I thank the Lord for all the blessings through the years.”