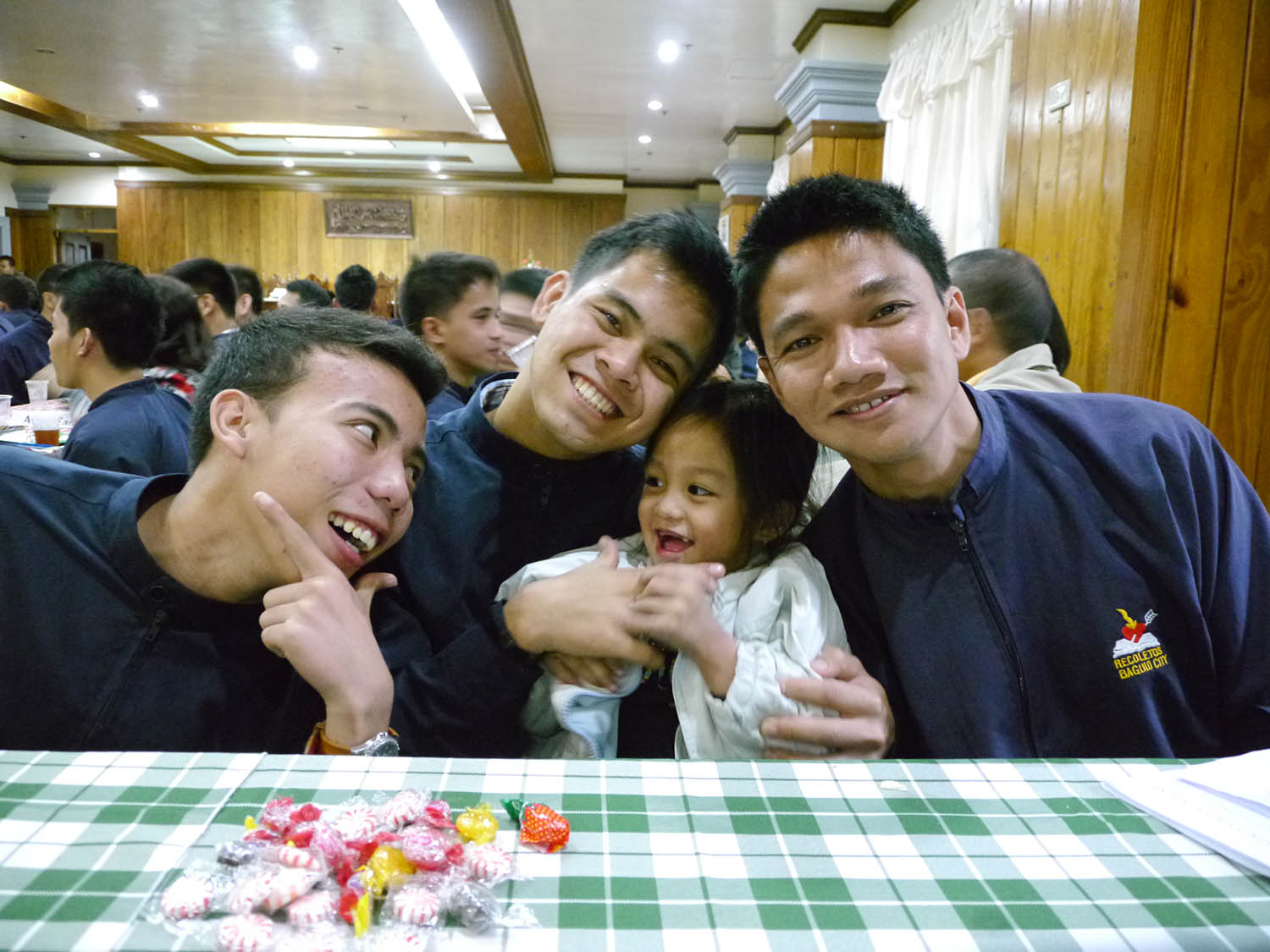 CasiciacoRecoletos Seminary – The community, together with the Family Apostolate members, gathered at the Our Lady of the Pillar Chapel for the regular general prayer meeting and the much anticipated distribution of the neophytes to their respective foster families. The gathering started at around two in the afternoon last July27, 2014. Bro. Nero Facelo Bautista and Bro. John Marie Malco hosted the said event.

All the members of the Family Apostolate were present and have shown excitement and support for the said distribution. The community started it with an animation followed by the praise and worship and the prayer meeting proper. Rev. Fr. Ralph Laureen Ciceron, OAR together with Mr. Oscar Orpilla, president of Family Apostolate, initiated the liturgy for the Pledge of Commitment. After the pledge, Fr. Ciceron shared that one of the challenges for the formators is the treatment seminarians coming from broken families, “Many formands came from broken families. . . , it really affects the psychological – spiritual maturity of seminariansand it is a challenge for us to form them.” he said. He also thanked the members of Family Apostolate for their heartwarming support despite their commitments outside.

Bro. Arbel Gacita, in his sharing, mentioned the shortcomings of children towards their parents and he pointed out that we often neglect them, “As their children, we must respect them, we must let them feel that they are important and show them our love.” Mr. Oscar Orpilla shared after Bro. Gacita, “It is so difficult for us to continue after the death of Bro. Avmir, but we need to continue his legacy. This is a challenge for elected officers.”He also reiterated the rules and regulations of the Family Apostolate regarding handling seminarians.

The distribution of the neophytes followed with much joy and excitement.

“At first, we were aloof because we’ve just met but I hope these coming days, we will break the ice between us” Bro. Earl Vincent Blaza said.

Then Bro. John Dave Dacayana added, “My first impression with them is that they are strict but I found it not. They are warm and accommodating families.”

After the prayer meeting, the second part of the event began. All were gathered at the refectory for the family bonding and the family picture taking. The event ended at 4:30 PM.